← back to
American Dreams
Get fresh music recommendations delivered to your inbox every Friday. 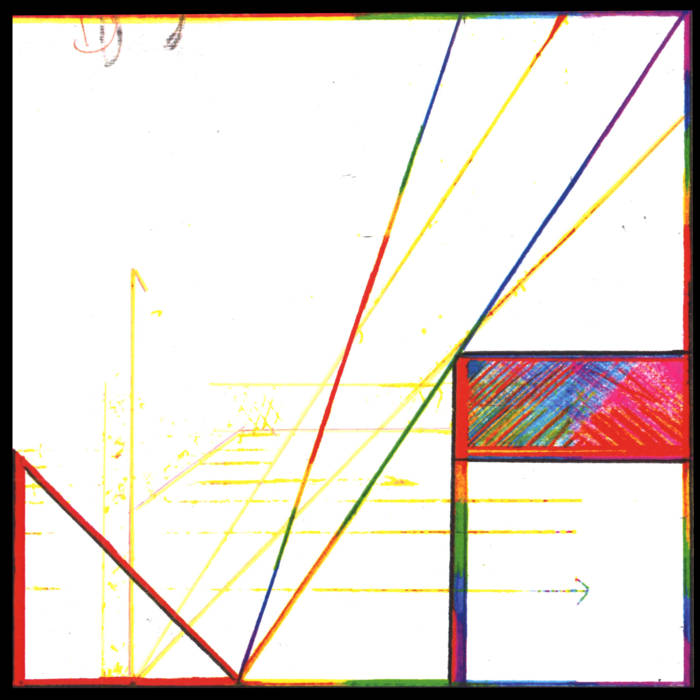 “A lot of this record is about memory and long stretches of time - not just making, but remaking, constantly tinkering.” That’s Daniel Wyche - a Chicago-based guitarist, composer, improviser, and professor - whose new LP Earthwork has been a long time in the making, depending on the jump-off point. Consisting of three pieces, one of which is a side-long composition, the LP synthesizes guitar music and instrumental soundscapes. The result is a nuanced, cohesive collection inspired by family, loss, and legacy that falls in between Japanese environmental music, free jazz, and modern classical.

Wyche is as community-oriented as they come, being part of organizations such as Chicago’s Elastic Arts and co-founding COVID relief initiatives like Experimental Sound Studio’s The Quarantine Concerts, but that ethos carries into his music, too. The first song on Earthwork is titled “This Was Home,” and is a seventeen-minute testament to the meaning of place and the beauty of collaboration. Recorded live at Experimental Sound Studio, the texturally-rich, atmospheric composition was performed with Wyche, Andrew Clinkman (Spirits Having Fun), and Michael Nicosia (Owner of Relic Music) on guitar, Lia Kohl (ZRL, Lia Kohl & Macie Stewart) on cello, Ryan Packard (ZRL, Gunwale) on vibraphone, and featured the crowd on electronics and filter manipulation. “‘This Was Home’ was very hands-on,” Wyche explains. “I gave controllers the audience to manipulate what we did in real-time. It was an attempt to have everyone involved in the music making.”

When he’s not involving others in musical collaboration, Wyche is considering them - on Earthwork, this crystallizes in meditations on family and childhood in working class New Jersey. “A lot of my family members are blue collar people,” he explains, “My dad and a lot of my uncles were builders, using their hands for work.” Wyche himself spent a significant portion of his youth at construction sites, shadowing his father, getting his hands dirty with the red clay and soil, or watching from afar as his uncles took on massive projects such as building a reservoir or a bridge. The title “Earthwork” comes from this lineage of shaping and transforming the ground - “It becomes profound, visceral, earthy work - not just as creation, but in some sense as caregiving - in the example of the reservoir, you dig this big hole so that all these people can have water.” That image of a wellspring is central to the feelings Wyche sought to impart in his album.

The Earthwork sessions began in earnest in 2015, but the main guitar riff for the album’s third song “The Elephant Whale-II,” the album’s shortest, and most catchy number, was something Wyche came up with in high school - that lapse of significant time is important to the album’s narrative - a lot can happen over the course of six years, let alone twenty. For Wyche, grappling with loss is at the forefront of the music. Over the recording of Earthwork, Wyche lost his grandfather and uncle, among other upheavals, events that became entwined in his music making. “I was editing audio as a spiritual exercise in the hotel room at my grandfather’s funeral,” he explains. “I was recreating, rebuilding from this standpoint of being drenched in memory and loss.” Family and memory are embedded in the music - sometimes literally, and at other times as compositional guides or muses.

“I consider myself an improviser first and foremost,” Wyche explains, “so for a lot of this material, I found out what I was doing while doing it.” What began as a riff in high school or a performance suddenly involved more people - engineers, labels, family members, the memories of family and friends. The unexpected flourishes in every pocket, which - in many ways - mirrors the album’s themes, finding surprises - great and terrible - as life progresses in its determined, undeterred path.

Recorded and mixed by Alex Inglizian at ESS in Chicago, January 2021

With gratitude to everyone who contributed to these recordings, to Emily Green & ACRE, the ESS and Elastic Arts families, the Shape Shoppe, Jordan Reyes, Michael Nicosia, Mark Lies, Julia Driscoll, and to the smallest bird on the farthest branch.

Daniel Wyche is a Chicago-based composer and improvisor, working in multi-channel, prepared and processed guitar.

Bandcamp Daily  your guide to the world of Bandcamp